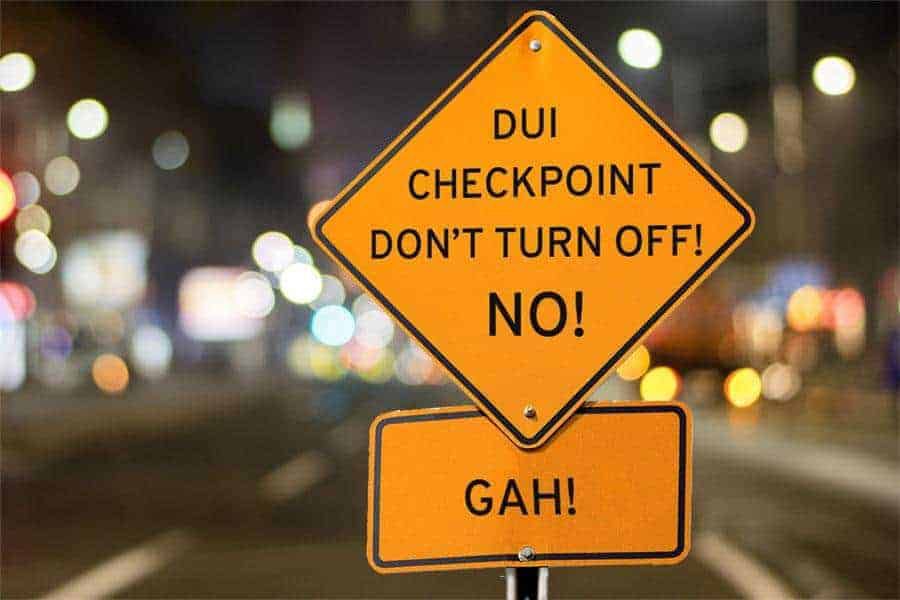 Recently a man in Tulsa, Oklahoma found himself on a road that led to a sobriety checkpoint. He decided to avoid the cops, so he turned around and fled. The cops pursued him, and the driver ended up crashing into a brick mailbox.

Why did the police pursue him? Is it illegal to avoid a DUI checkpoint?

The short answer is no. The man in question was within his rights to avoid the scrutiny of police by turning away.

However, the man made an illegal turn when doing so, and the police were justified in giving chase.  The driver, as it turned out, was worried about warrants that were out on him.

Not If, But How: Avoiding Sobriety Checkpoints

The Fourth Amendment says police cannot just pull you over without reason. Had the driver made a legal turn, the police would not have been able to do anything about him. But he broke the law in making his move, so the police had a reason to pursue him.

Some states, incidentally require that signs for checkpoints include a route around them for those who wish to avoid them. This is not common, however.

Police watch drivers who turn from checkpoints for signs of erratic driving, for obvious reasons: if the driver is not impaired, why is he or she avoiding the checkpoint? They also watch for drivers who fail to use turn signals or cross a double yellow line. And if they have the proverbial broken taillight, they’re headed for trouble.

The easiest way to negotiate a sobriety checkpoint is be sober. Just wait, answer questions, and go through. It is an inconvenience, but it’s temporary. And while it adds a few minutes to your journey, the checkpoint is also taking some pretty dangerous people off the road.