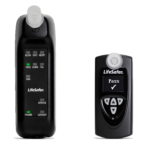 Connecticut Closes A Loophole: Now Every Dui Offender Must Install An Ignition Interlock

It was back in 2011 that Connecticut joined a club that was, at that time, somewhat exclusive: states that required ignition interlocks for all drunk driving offenders, and not just first offenders. An ignition interlock, or car breathalyzer, prevents a vehicle from starting if the driver has been drinking.

Since 2011 other states joined the club, and their alcohol-related crash statistics have fulfilled the promises of the legislators that pushed for them. Requiring interlocks for all offenders saves lives.

However, the results of Connecticut’s law were not all they could be, because the law was not all that it could be.

Many drivers were taking advantage of a loophole to evade the ignition interlock requirement. Under Connecticut law, a first-time offender who signed up for an approved alcohol education program could avoid having a device installed.

Presumably legislators considered the treatment evidence of the offender’s good intentions, and a reason to show leniency.

The problem with this arrangement is that leniency is not the issue, because an ignition interlock is not a punishment – it is a safety mechanism that protects the public. DUI offenders very often ignore license suspensions and continue to drive. Whenever a DUI arrests is not followed by an ignition interlock requirement, chances are that a drunk driver will soon be back on the road.

With that in mind, the state has just put into effect a law that will require ignition interlocks for all DUI offenders. The law was passed unanimously by the Legislature, and was signed at the end of last month by Governor Malloy.