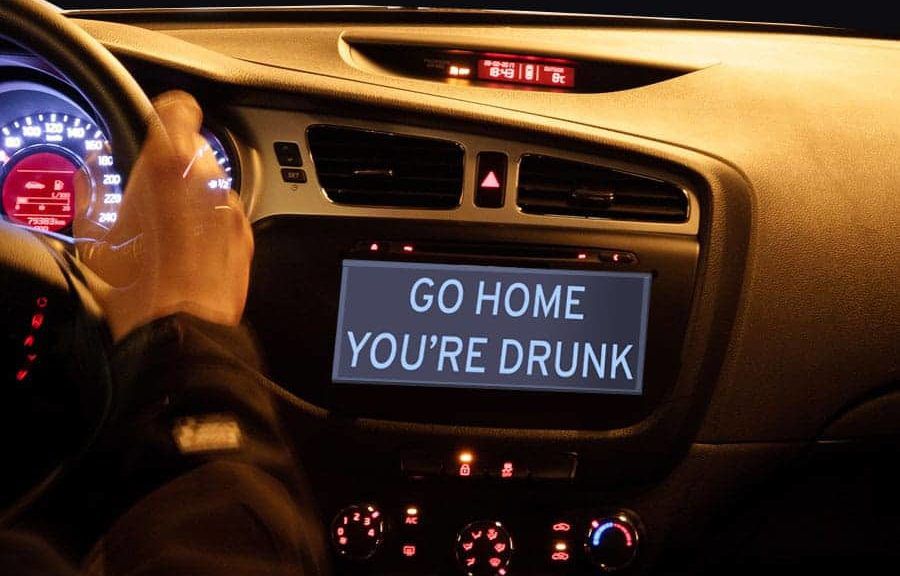 If you follow car news, you know that Tesla is known for producing some pretty smart cars. The Model 3, the company’s mass-market offering, has been in the news for its cutting-edge electronics and safety systems like Autopilot, emergency braking, and collision avoidance. The thing can parallel park by itself. In fact, the company boasts that the Model 3 will be able to take passengers on trips with no participation by the person in the driver’s seat.

But smart as the Model 3 is, it’s no match for a drunk driver.

A Tesla employee was arrested recently on DUI charges. The arrest, in Morgan Hill, California, happened after the employee careened down an embankment and settled into a creek. The driver refused a breath test and was booked. Breath test refusal results in an automatic one-year license suspension in California.

The drive has claimed the car was on Autopilot. Maybe it was, but all currently-available Autopilot systems require a sober driver in attendance.

There might be a time when cars will be able to drive themselves, but for the moment, all cars – even Teslas – require drivers, and the law requires that those drivers be sober. While electronic safety systems can avoid some harm and reduce others, they aren’t yet 100 percent foolproof. Drunk driving Teslas is not an option in 2019.

In this case, the driver missed a turn and flew into a creek. That’s a classic DUI move. Normally one’s eyes and brain follows the road. But alcohol leads to inattention and slower responses, and a curve can come as a surprise. The result can be a smashup, as in this case, or worse, as we know from the ten thousand funerals that occur each year as the result of drunk driving.

Maybe someday there will be a “DUI” button on a super-smart car that will compensate for the effects of alcohol, adding reflexes, improving hearing and vision, and boosting coordination via computer. At that point, drunk driving Teslas might be no big deal. But that day is far off. Until then, no car is smart enough to handle a drunk driver. Which makes drunk driving the opposite of smart.

5 Tips to Avoiding a Lockout

Did you recently get arrested for an alcohol-related driving offense? Need an ignition interlock device…
Learn More→

The Most Effective Alcohol Testing Technology-Part 3