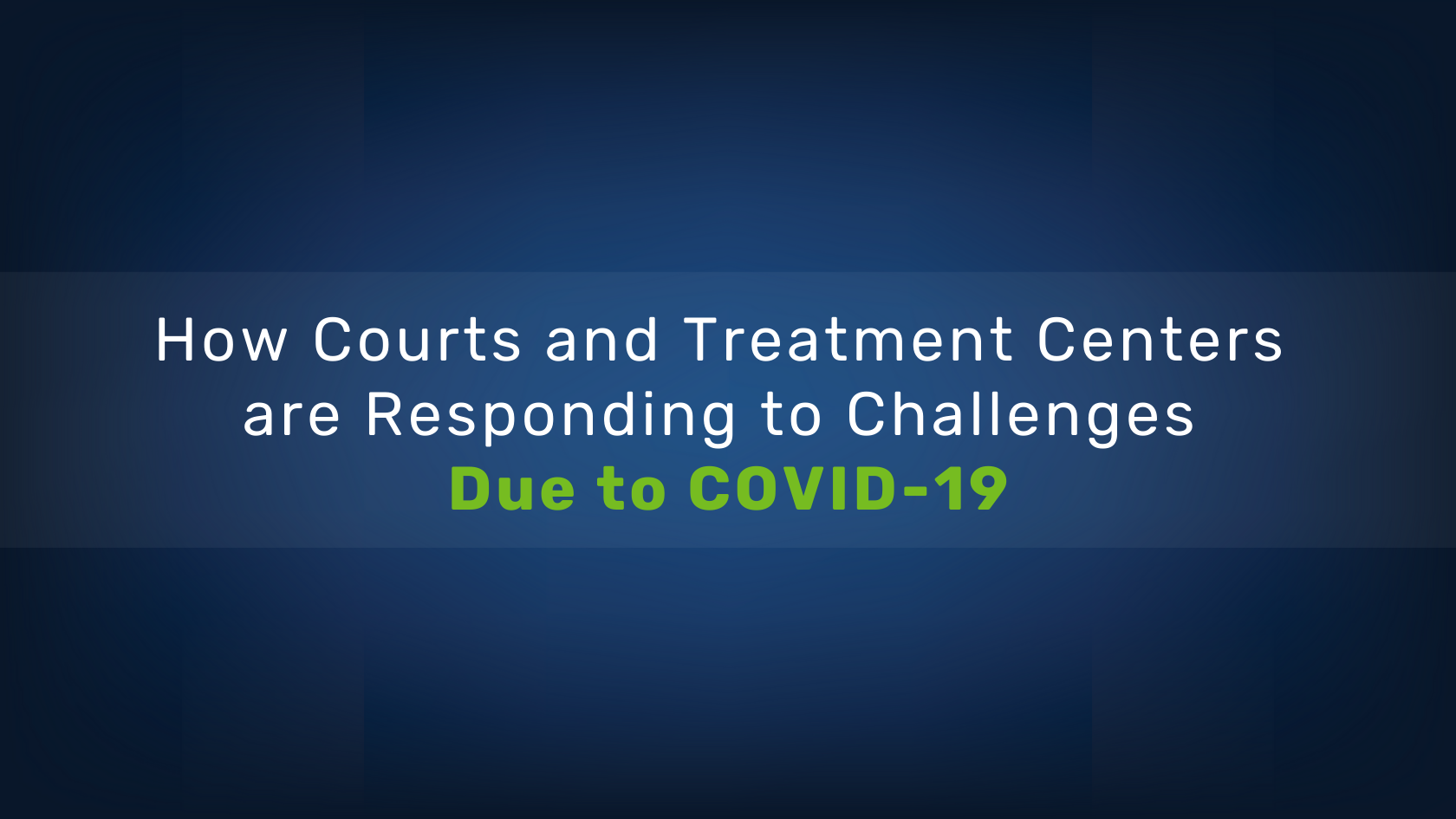 In an effort to share different perspectives about what courts and treatment centers are going through during COVID-19 and how they are responding to the many challenges, we recently held a webinar on the topic.

Approximately 80 attendees – thought leaders and professionals across all areas of the treatment and judicial community – gathered, listened, and shared their thoughts on a variety of topics. Most were there to find out what best practices were being used and to hear what others across the nation were doing in the wake of the pandemic. Others were very interested in talking about remote solutions to monitoring and testing.

From polling participants, we learned that 32% of our attendees had changed the way they were currently testing while 18% said they have not changed procedures for testing.

An outstanding question came up concerning how courts were attempting to supervise those people on probation?

A multitude of answers came in with variations of video conferencing, teleconferencing, phone contact, and emails which were being used to continue daily and weekly contact with participants. Anything that would create a sense of normalcy and make court and treatment staff available to participants seemed most effective.

Julie Seymore, Drug Court Administrator from the 11th Judicial Circuit Court in Missouri said they were sending out personal letters from court staff and judges alike in an effort to promote positive reinforcement.

Kalin Flynn from the Office of Community Corrections in Gratiot County Michigan said they were strongly focusing on people who are working hard to remain compliant, providing them with positive reinforcement. They are also continuing to work as close as possible to full capacity so participants know there is still an oversight component in place.

They have shifted to roadside drug testing and portable alcohol monitoring in the place of Urine Ethyl Glucuronide Testing or Portable Breath Testing in order to avoid in-person, onsite alcohol testing. They are also looking into other forms of positive reinforcement previously conducted in person and figuring out how to make them feasible in the current environment.

Creative ideas, like emailing weekly “homework” assignments, were contributed to the group. The idea of tele-jurisprudence came up as well. While this tool has been used for a while in courts to handle “routine” matters, it is now being used during this difficult time to accommodate hearings. Appearing via smartphone is convenient for both courts and defendants and it keeps everyone safe.

This question came up – How are people testing clients who are remotely located and do not have access to computers or phones of their own?

Several people suggested looking into each state’s programs to see if they provide free phones to people with low to no income. Others suggested looking at technologies with built-in cell phone capability allowing for remote camera functions as well as real-time transmission.

Moving on to what the “new normal” would look like when courts begin to open up again, the largest group of people said they would work with smaller schedules and stagger appearances. Like many of you reading this, some attendees honestly shared that they were not sure at this time what their environments would look like, but most agreed that some things would definitely have to change.

Managing the backlog of cases was another question that was posed to the group. Interestingly enough:

Efficiency will need to be the key.

Judge Brian MacKenzie of the Justice Speakers Institute reviewed their recent position paper which compared all current technologies for alcohol testing. He stated the results concluded that a portable alcohol monitoring unit, such as the LifeSafer Portable Alcohol Monitoring device, has technology that addresses all of the best practice criteria for alcohol testing at an affordable price.

What courts are experiencing right now is unprecedented, new territory. It’s through continued discussions like these that we will navigate through this uncertain time together. LifeSafer is committed to furthering conversations like this as things continue to evolve. We feel it is important to bring together a diverse group of stakeholders across the industry to discuss, debate, and explore alternatives as we continue to tackle challenges brought on by this pandemic.

You can download the complete JSI position paper and a convenient comparative chart at lifesafer.com/court-solutions/