A number of road safety PSA campaigns over the years have been memorable, but few can be said to be geniunely beloved. One set of messages that is very fondly remembered is the run of Vince and Larry ads that ran from 1985 to 1999. The ads featured a crash test dummy comedy duo who invariably wrecked their cars and suffered the consequences.

What made them so enjoyable? The fact that they were dummies, and were designed to crash. That meant the ads dispensed with the sense of fear and tragedy that were the stock in trade of most road safety messages. Instead, we had slapstick and wisecracks. Of course, we weren’t dummies – we understood that human beings would not come out of the crashes quite so cheery and talkative. 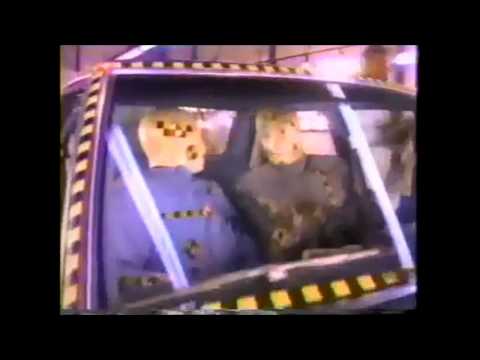 The message got through to us – seat belt use went from 14 to 79 percent in the years since Vince and Larry took to the air. Vince and Larry now reside in the history collection at the Smithsonian. We all owe these two dummies our heartfelt thanks for saving so many lives over the years.