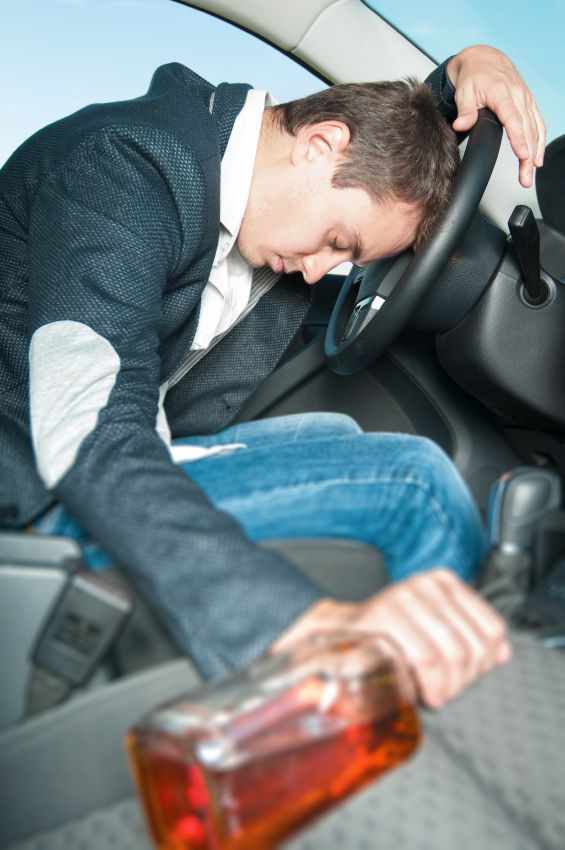 Did you know that you don’t even have to be driving to be arrested for a DUI? In most states, you just need to be in what is called physical control of the car, even if the motor is switched off and the keys are in your pocket. If you’ve been drinking, just sitting in the car and having the ability to turn the ignition key is considered enough to warrant an arrest. That means that well-intentioned drivers who decide to sleep it off in their car after a wild party can well wake up in jail.

Sometimes a driver gets lucky, though.

Donald Nekolite went to a dance in Canistota, South Dakota with his girlfriend. Since she agreed to be the designated driver, Nekolite drank heavily, and then went out to his truck to get a cigarette. He opened the passenger door and reached over to the driver’s side to retrieve his cigarettes, and in doing so bumped the gearshift into neutral. The truck rolled into a parked vehicle.

Nekolite was arrested, charged and convicted of being in physical control of the vehicle while under the influence of alcohol.

Nekolite felt he was wrongly convicted, so he appealed. The circuit court upheld the conviction, but the Supreme Court reversed the decision.

It all hinges on the question: what is physical control?

The original court decision said that physical control meant “the vehicle was operable and that the defendant was in position to manipulate controls which would cause it to move.” The truck was operable, and he bumped the gearshift. Ipso facto.

Or not. There were a lot of aspects to the case, but the upshot is that physical control, as it is explained to juries, has another part: “…such control as would enable the defendant to actually operate the vehicle in the usual and ordinary manner.”

Nekolite was guilty by the first part of the definition, but not of the second: leaning through the passenger door, he could not “operate the vehicle in the usual and ordinary manner.”

Nekolite did the right thing: named a designated driver for the evening. He fell afoul of physical control laws, but in the end, fortunately, it was the South Dakota Supreme Court that shifted.