Your Hump-day Recess: Felix The Cat And Drunk Driving

America in the 1920s was famous for its silent films and notorious for its drinking. It was an age when comedy and animation, had emerged as the great crowd-pleasers of cinema. And despite prohibition, drinking alcohol had evolved from a pastime into a competitive sport. One of the favorite cartoon characters of the age, Felix the Cat, seemed to pursue most of the vices associated with the age in the 1928 cartoon Woos Whoopee: he drinks, smokes, and drives drunk. 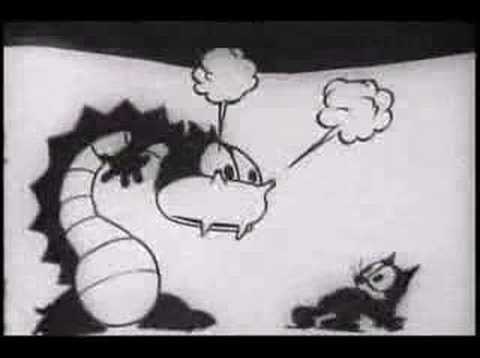 One could hardly accuse the animator Pat Sullivan of corrupting youth, as drunk driving was barely a crime back then. Few motoring laws existed; some states hadn’t started issuing drivers licenses yet. A technology for measuring breath alcohol was just off the drawing board, and the first law specifying a permissible amount of blood alcohol for driving would not be enacted until 1937.

It took a long time for drunk driving to be considered anything other than silliness in the US. Today it’s seen as a recklessly criminal act, and in this more cautious day and age one is unlikely to see a children’s cartoon feature a drunk driver – certainly not for amusement. Still, Woos Whoopee is a fun period piece reminding of a more innocent, and more dangerous, time.